This week was technically week 11 on the Galloway training plan.  It called for the two mid-week runs and was a step back week with only 3 miles on the weekend.  I’m doing the Tower of Terror 10-Miler in week 14 of the plan which is a long run week.  So I decided to skip week 11 on the plan and go right to 12.  That will give me a step back next week, a Sat/Sun long run weekend, then the ToT 10-Miler weekend, then I’m back to a step back week and on the plan schedule the week after.  Well, until I figure out what to do with Wine & Dine anyway.  I though about just using the 10 miler was my long run per the plan but given that weekend calls for 5.5 miles on Sat and 15 miles on Sun it just didn’t seem like enough.  The problem with my alterations was that it is freaking hot here this weekend!  We’re talking 100+ on both days.  I decided just to suck it up, go early and accept it would be a slow run.

The 4 mile run on Sat was uneventful, but it was already getting warm by the end.  Today I got up at 6, took Max for a quick walk, ate something and headed out at 7am.  My goals for today were simple and caring about pace was not one of them:  1.  Not bonk, 2. Not have stomach issues, 3. Get thru the mileage and not keel over from the heat.  Well, 2 out of 3 ain’t bad.  Finished the 13.1 and I didn’t die.  I had a bout of tummy issues but thankfully it happened near the entrance to the lake on my way home, so yay for indoor plumbing, that was a plus.  After that short break it was just a couple more miles home.  I was OK for the first 8, then the heat was out in full force.  And it sucked.  So I shortened the run intervals and kept dumping water on my head.  I swear the last 5 miles took just as long as the first 8.  The last 2 miles of any long run always seem to be a struggle and today was no different.  I ended up walking about 3/4 miles of that all the while in my head getting annoyed with myself on why I was struggling.  But logically I guess it makes sense given that the extra mileage each week should be hard.  I decided to leave the pity party and just switched to a 1-1 interval for the last 1.5 miles and that made it a lot easier.  So, I finished and while my overall pace on long runs still suck, at least it has improved with each one during my Dopey Training, so I guess that’s something. 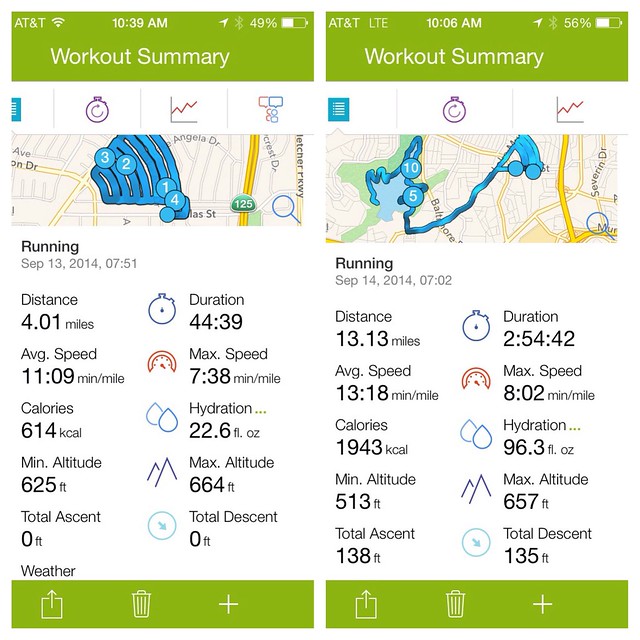 And this was the temp when I finished.  It was seriously so hot that my visor wasn’t enough to hold the sweat on my head.  My eyes were stinging from the salt in the sweat by the time I got home. I can’t believe I’m going to say this (I love the heat in normal day to day life), but I’m looking forward to the cooler fall/winter weather for this training.  It’s not like we have seasons here for fall/winter weather mean highs between 65-75.  Then I can actually sleep in and not have to worry about heat during runs. 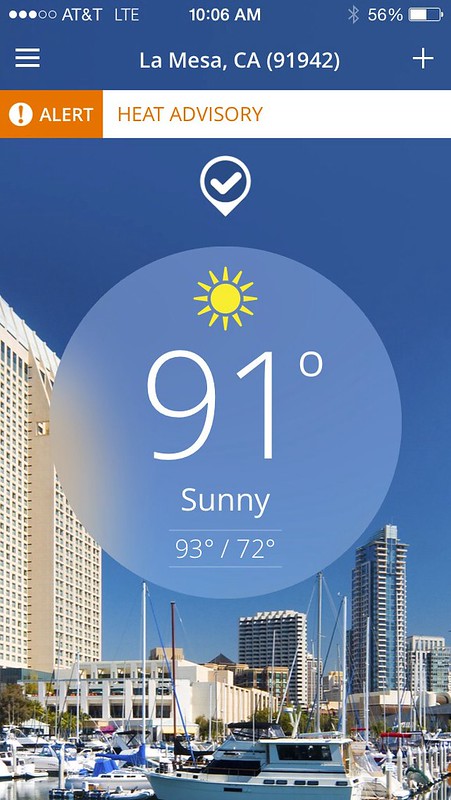